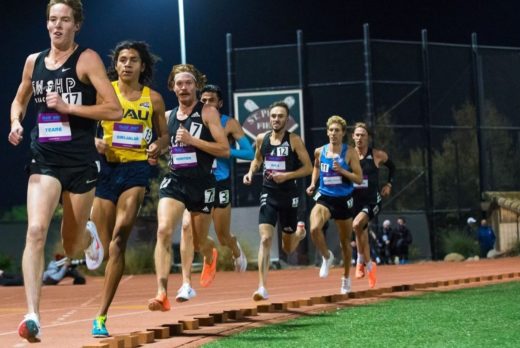 PITTSBURGH – Sound Running and the USATF Foundation hosted one of the best track meets in the world this past weekend at JSerra Catholic High School in San Juan Capistrano, California.  Athletes, coaches, and staff followed very strict safety protocols and were rewarded with many amazing performances.  “Truly a unique and amazing event. To see all of these great runners throwing down such competitive times in such a low key setting was remarkable,” said Foundation Board Member Martin Dugard. “A huge thanks to the athletes who raced and to the team at Sound Running for pulling off a meet that will be remembered for a long time to come.”

The USATF Foundation was able to cover expenses allowing for the hire of officials, rabbits and other imperative administrative expenses.  The Track Meet was one of the few events in the country where athletes had the opportunity to compete in an attempt to gain the Olympic standard.

The Track Meet by numbers –