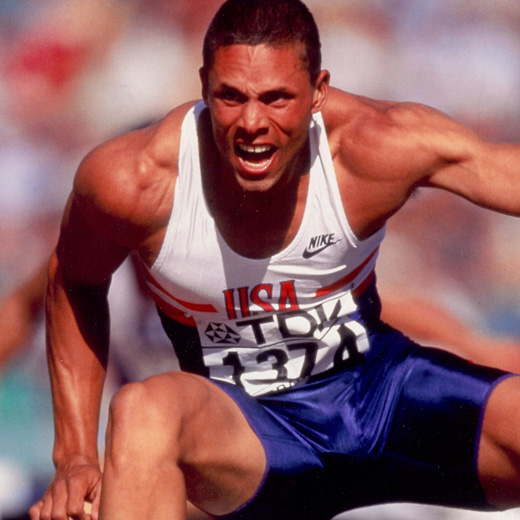 Posted at 06:44h in by usatffadmin

Scottsdale, AZ
Millions of Americans proudly watched Dan O’Brien win the 1996 Olympic Gold Medal to become the first American winner in the Olympic Decathlon since 1976.  Dan O’Brien was officially considered the “World’s Greatest Athlete,” and his name is forever synonymous with athletic achievement and success both on and off the field. Today Dan continues to give back to the sport that has given so much to him. He is the on-field emcee for every major USA Track & Field event.  Dan also is a track and field commentator for ESPN, the ACC conference, and on field MC at Arizona State University for home outdoor meets. He works very closely with the United States Olympic Committee as part of its Olympic Ambassador Program, mentoring current athletes in the areas of media training, preparation and peak performance.